With so many new games hitting the market for the past year(s), it’s not surprisingly this game – Formula D – got lost in all the noises made by the new arrivals. Until Heng brought it back to the OTK table two weeks back when he took two newbie F1 drivers under his wing for a run on (I think) the Hockenheim track.

We’ve had so much fun in the past with adhoc plays of this game.. and even though I’ve a few maps in our collection, we’ve stuck mostly to the (included) Monaco and Zandvoort tracks. We did bring out Shanghai a couple of times, and who wouldn’t love the tight cornering challenge from the Shanghai race course (below). 😛 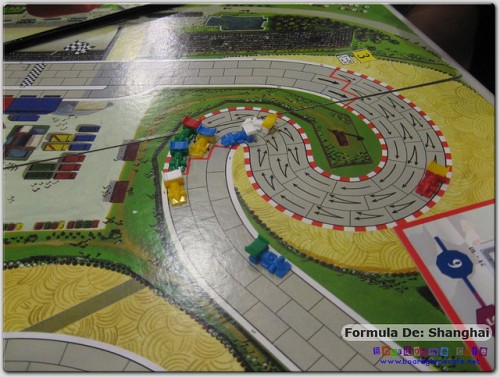 There are over 30 different tracks for (the old edition) Formula De, and when this game was reprinted in 2008 by Asmodee, they’ve continued releasing expansion tracks and now there are four expansion sets for the new Formula D. All maps are compatible with both version so you are good with either the older De or the current D.

Which makes this game a perfect candidate to run campaign / league (not unlike the actual F1 World Championship season) where you have five constructor teams, each with two F1 drivers scoring Constructor & Driver league points over a series of races.

League Rules in brief (to be finalized later)

– Five teams, each managed by a gamer

For starters I would suggest we do a 6-race season. If this gets traction, we can expand the number of races for future seasons. We do not have to race weekly, we can also agree to race fortnightly and where one of us have prior commitments we can also discuss to reschedule the race. Point is to make sure those signing up are committed to see the league thru the 6 races (and not DNF halfway).

DNF = Did Not Finish

Since each team manages two cars, we’ll need two drivers (or in the absence of sufficient player, the team manager can play for both cars). My preference is to have different players handling each car; firstly this can get more gamer into the league and secondly it’s more thematic having one player drive one car. Anyway we’ll evolve and finalize the league rules once we have our confirmed pax count.

We’ve the following list of maps available at OTK and can pick the first 6 races from these tracks:

Note: While the new Formula D expansion comes with a double-sided map, usually the mix is one F1 map and the other being Street Race map (which we do not use in a F1 league).

“Alrite, I’m interested. How do I participate?”
Do shout to this BGC forum post which we’ll also use as our communications to all league participants. We’ll work out the rest of the logistics, rules, entry fees, prizes etc as we move along.

Gentlemen (or ladies), start your engines! 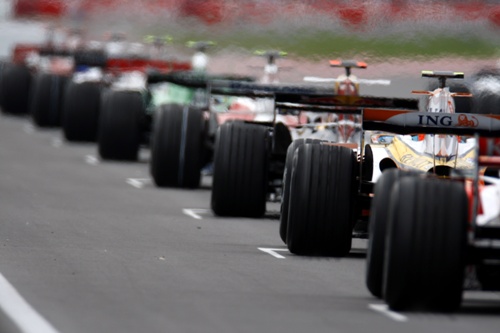 LOAD TESTING for BGC Space
Okie dokie we are now setup for the Play session later with over 40 pax. I think these bunch of games should be enough. You think so?
𝗚𝗘𝗡𝗖𝗢𝗡 𝗣𝗥𝗘𝗢𝗥𝗗𝗘𝗥𝗦. Here's the full list of our available GenCon preorders that we've just buzzed earlier today.
One more for the road. This and that....
Sometimes the smaller boxes pack as much punch! Check out GET ON BOARD and LAND vs SEA if you have not.