A Friday the 13th meetup…. where we did Galaxy Trucker, Santiago (a fave of mine), Bang, Agricola and 18TN. If you wanted to find out in details how Galaxy Trucker plays, this is the report to read.

2009’s Chinese New Year gaming starting off with Knizia’s SAMURAI followed by another delicious 6-player ACQUIRE. The evening – or rather morning as we finished at 7.30am the following morning – was capped off by AGRICOLA and BRASS.

Chinese New Year gaming where four OTK regulars attempted German politics in Die Macher. Earlier we did a session of Le Havre where the infamous Picket Line was in play!

The 2nd part of the meetup report for 9/1 that featured our first write-up of the Le Havre game plus photos of King of Siam, Stone Age and Ice Flow.

Imperial No-investor-card variant was the highlight of this meetup. Read this report to find out how the No-Investor-Card variant compares with the standard Investor-Card version. China Moon, King of Siam, Hey That’s My Fish, Ice Flow, Stone Age, Perudo Dice and Le Havre were also played.

The 2nd part of the 2/1/2009 Meetup report where you can read about what I thought of Dominion and Le Havre. Did Agricola’s designer follow-up with another great game in Le Havre?

A solid gaming Friday starting at 8pm and ending at 4.30 am saw us played Coloretto, Blokus, Caylus, Puerto Rico and 1856 where four gamers witnessed the inaugural formation of the CGR (1856) for the 1st time in M’sia! 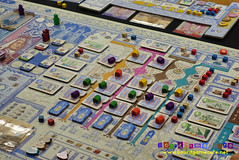 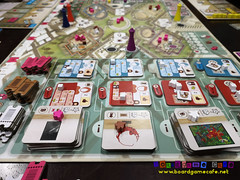 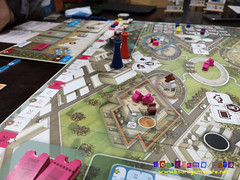 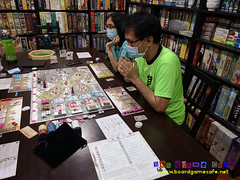