Hiew’s back with his Hansa Teutonica while we also did some lighter games like Zooloretto, Citadels (making a long comeback) and The End of the Triumvirate. Find out how which games you can use to accommodate a playing group as large as 7 players and then as small as 3 players. Also find out why OLD is the new NEW. 🙂

I am writing to express our deepest thanks to those who have shown us and Terry Fox your great support by quickly snapping up all the t-shirts we’ve ordered! Thank you!

First meetup in October saw Agricola being used as a gateway game (ahem), while Vasco da Gama made his 2nd appearance in OTK and the evening (or rather morning) ended with Dungeon Lords kicking adventurers ass till 4+ am…. 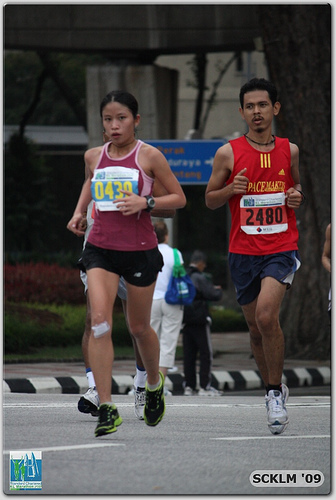 Whether you are a boardgamer who got into running, or a runner who discovers the joy of boardgaming – come join us and let us all run / jog / walk together this Nov 7th in support of the 30th Anniversary of Terry Fox Run 2010 in Kuala Lumpur!

Our Pre-Raya gaming saw Han bringing an OOP Wallace-game Way Out West to the OTK table. We continued with the light & fun Nuns on the Run before concluding an early gaming evening with Knizia’s Tetris-inspired F.I.T.S. 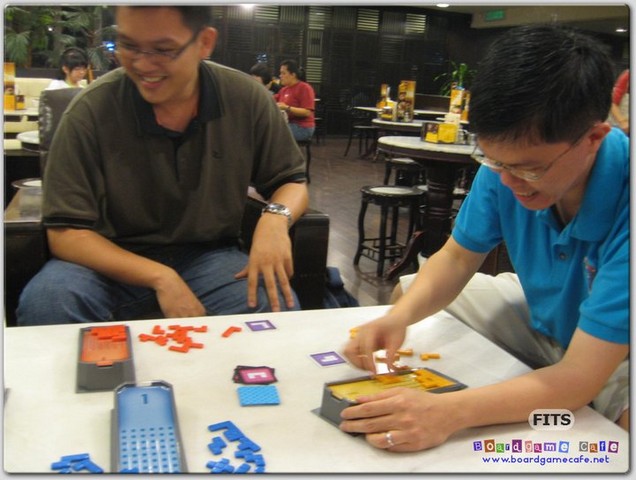 An Engineer’s nite, this is nite is. As newcomer Eunice asked what all our occupations were, we answered: me – Electrical & Electronic Engineer, jack208 – Software Engineer, Lester – IT pseudo-Engineer, Eunice – Mechanical Engineer (And then later Cristiano, the Software Engineer joined us). I think it […]

A last minute MERDEKA Meetup call managed to get about 15 gamers convering on SS15 again but this time at Old Taste Cafe with the main objective in getting some newcomers into the 18xx game system. Beside 18TN, a rare but very good game The Scepter of Zavandor and the popular Small World were also played.

A great Friday which saw OTK back to its 7am best! With more than 10 gamers, we saw some of the hottest games in play – Automobile (courtesy of Hiew), Innovation (thnks to Kareem), and a 5p Cyclades. Today was also the graduation of four more OTK-trained Dungeon Masters as 2 gents and 2 ladies are now new Dungeon Lords… and finally we close the evening with a game of Caylus that ended our meetup at 7 am.